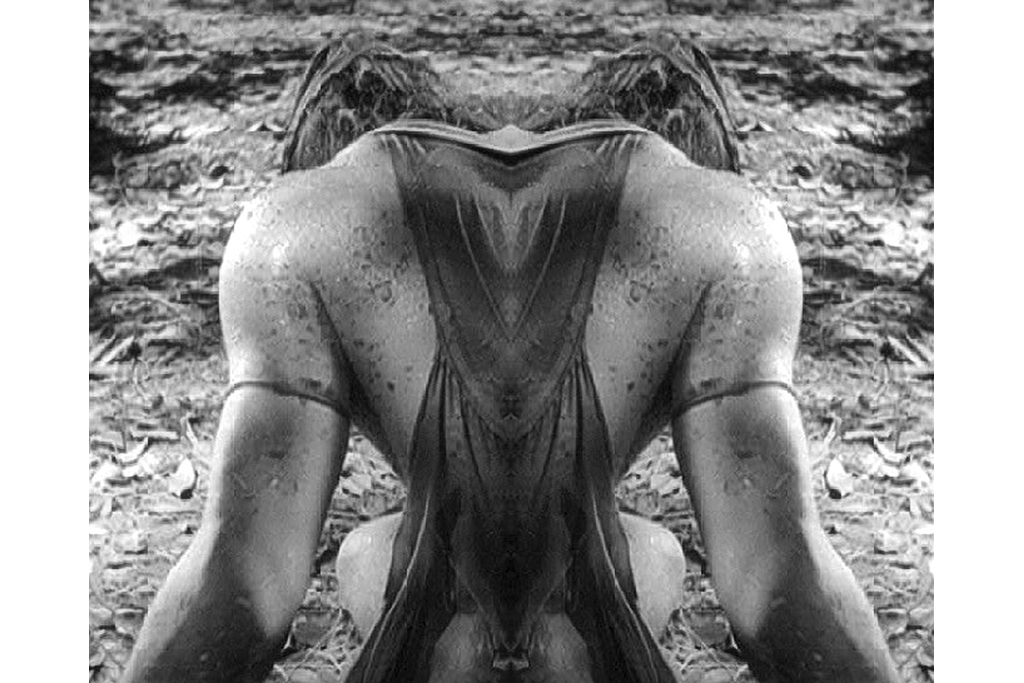 A scene from Rashomon by Akira Kurosawa, in which two samurai clench on to each other, turns into a shadow-fight between themselves and the cosmos.