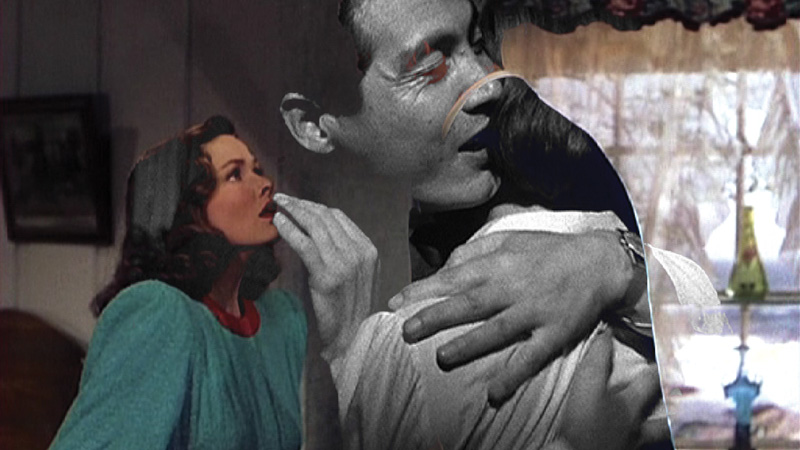 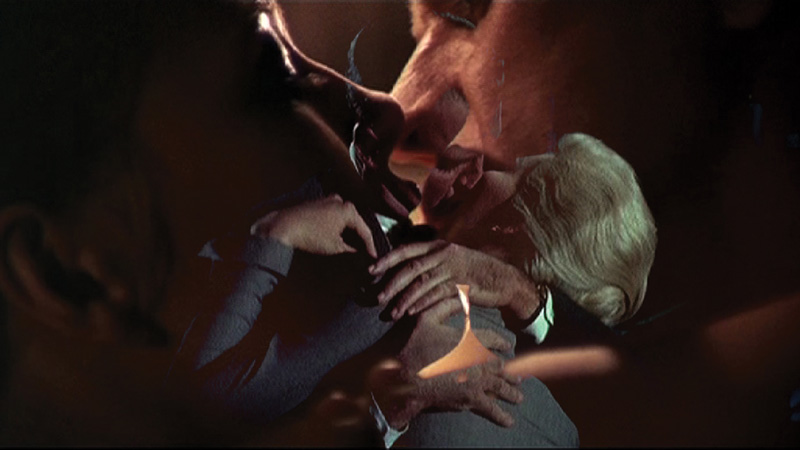 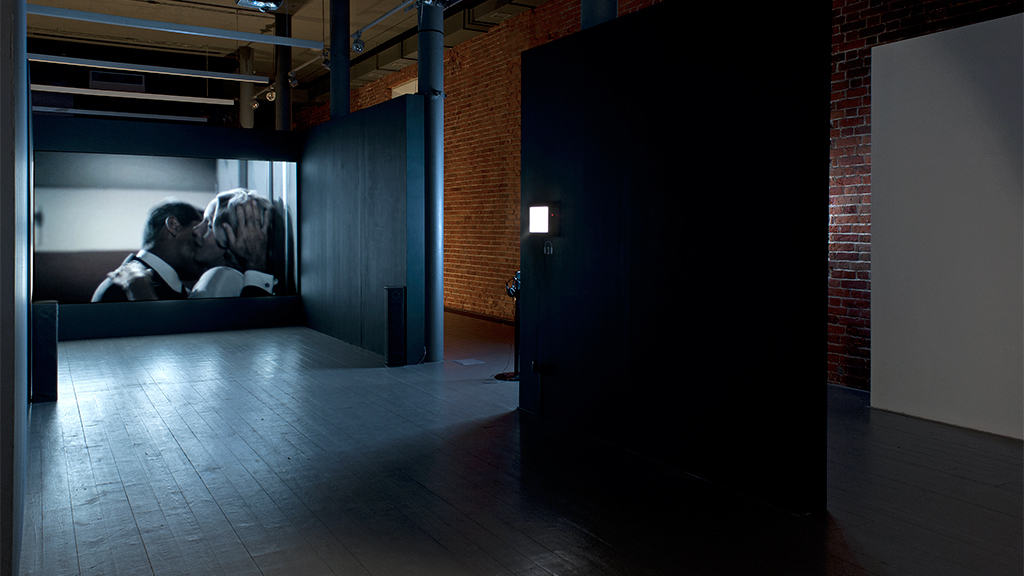 The cinematic kiss is probably one of the most archetypical images to be found in film history. Playing with the physiological and cinematographic principle of the after-image, Provost causes dozens of kissing scenes from European and American film classics to collide. The reassuring world of multiplied kisses is shattered by a stroboscopic effect that plunges and looses us into the dizzying vertigo of the embrace where love becomes a passionate battle in which monsters are finally unmasked.